Red Paddle Co Racing have set their sights on the Caribbean as the location for their inaugural, revolutionary, team racing concept – the Dragon World Championships. The first ever dedicated paddleboard team racing event.

The world’s most popular inflatable paddleboard brand has announced the event will be held in Carlisle Bay, Barbados on 28th - 30th October 2017.

Working in partnership with Barbados Tourism & Marketing Inc (BTMI), the Championships will be the climax to a busy calendar of Dragon World Series events taking place across the globe in the next 10 months.

With the action taking place over the course of three days, The Dragon World Championships will be unlike any SUP event you’ve ever experienced, mixing fast, fun racing with a party vibe like no other. 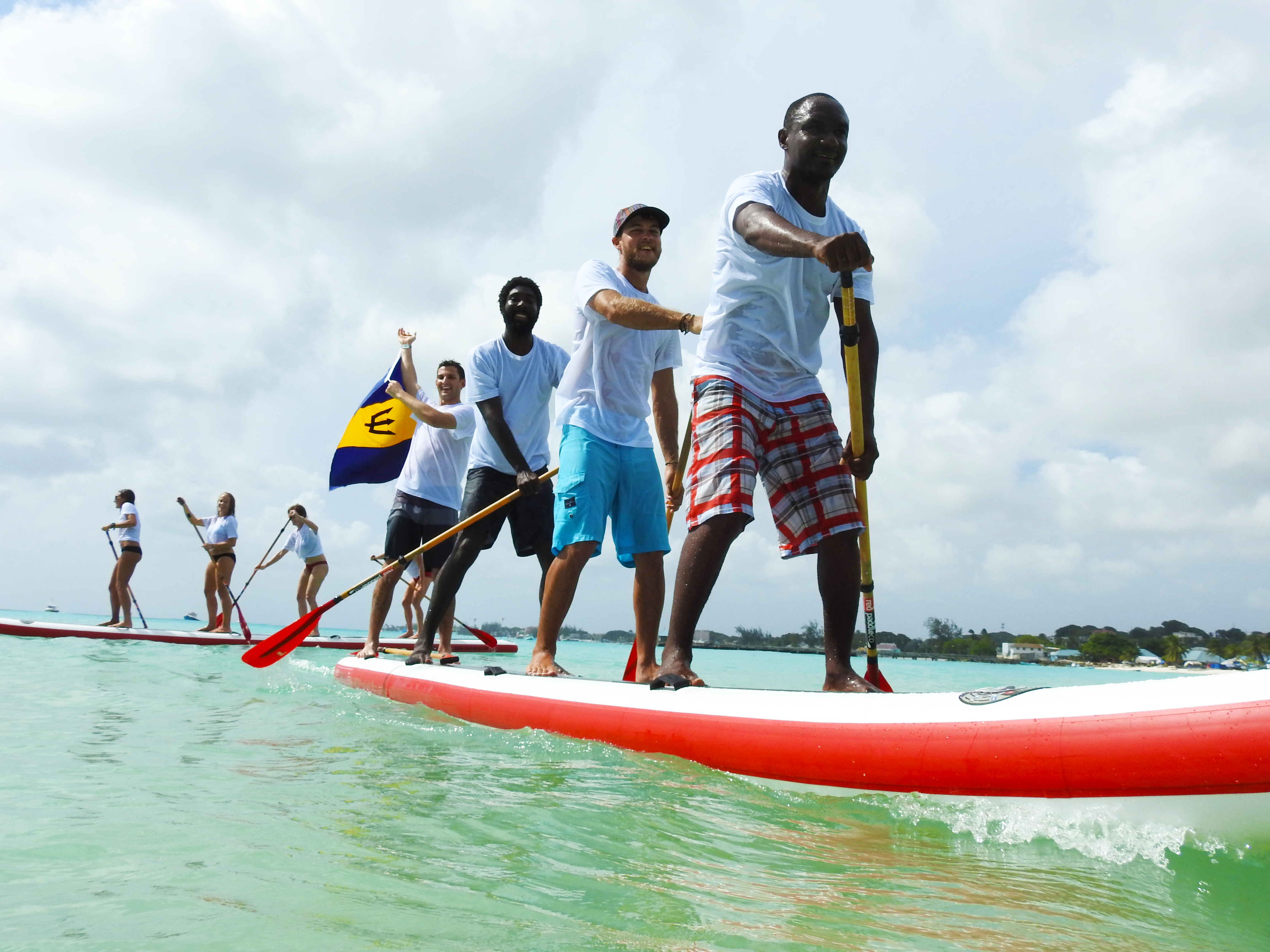 Each race will vary in length and format, and has been designed to test team camaraderie, co-ordination, and determination as much as flat out speed and power. There will be several divisions enabling people of all ages and abilities to take part including, mixed, women’s, men’s and family team categories. With celebrations and entertainment throughout the day and running on late into the night, the Championships are set to be the ultimate paddleboard event.

Neville Boxill, Senior Director at BTMI commented: “We’re extremely pleased to be partnering with Red Paddle Co for the Dragon World Championships. Paddleboard team racing is an exciting concept and I’m looking forward to welcoming competitors from all over the globe to our beautiful island to crown the very first World Champions!”

John Hibbard, Co-Founder and Managing Director of Red Paddle Co stated: “Meeting the requirements for the Dragon World Championships is simple; all you have to do is take part in a local event and you will instantly qualify. It’s not an elitist competition, everyone is welcome and we look forward to celebrating this amazing sport with you in Barbados!”

At 22” long and 34’0” wide, the Red Dragon is the ultimate team racing paddleboard. Designed to mix the intensity of SUP racing with team spirit, the four-person iSUP marks the evolution of a competitive team sport.

To kick start the racing on Sunday 29th and in addition to the main event there will be a 10km downwind race aptly named, The Dragon Run. The race will be open to experienced teams only, who will battle it out through rough seas and strong currents to be crowned the victors.

It’s time to unleash the Dragon!

The launch of the Dragon World Championships is in conjunction with Red Paddle Co’s latest campaign, ‘A Bag Full Of Resolutions’ and they are encouraging people around the world to set themselves the goal of competing in this debut event as their New Year’s resolution.

For more information about the Dragon World Championships and how you can enter, visit www.dragonworldseries.com.