Whatever your sport, a water bottle is an essential piece of kit to ensure you stay hydrated. This is particularly true with water sports such as stand up paddle boarding, sailing or windsurfing, where it is easy to become dehydrated, sometimes without even noticing. This can lead to feeling lightheaded and tired; not a good combination when out on the water. Whatever the sport, the golden rule is drink before you feel thirsty and so having a bottle to hand is a must, to ensure you keep hydrated. 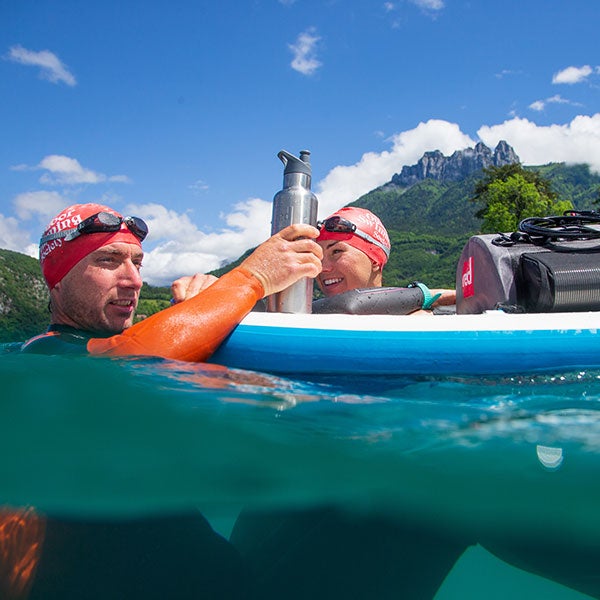 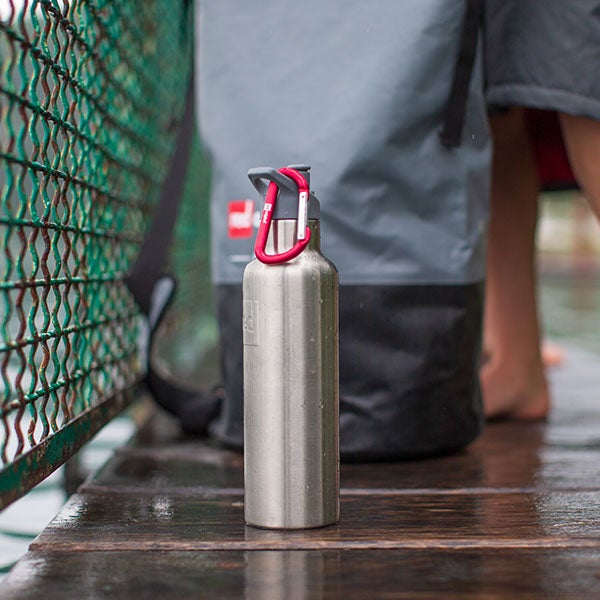 The Alternative to Plastic

The “go to” water bottles for most people are generally made of plastic and whilst these can be reused, and in some cases recycled, this often doesn’t happen. Even when they are reused, plastic bottles ultimately become cracked or broken and therefore unusable. And as we all know, plastic is not a friend of the environment. As has been highly publicised in recent years, plastic and in particular single-use plastic, are having a devastating effect on marine life which could ultimately affect our own health too. Plymouth University in the UK reported that plastic was found inside one-third of fish caught in the waters around Britain, which of course ultimately ends up in our food chain.

It is therefore clearly far better for the environment to use a water bottle that will not only be highly durable and last a long time but can also ultimately be recycled. On the face of it, a stainless steel bottle would, therefore, seem to make sense, until you find out that the majority of those on the market can become stained and corroded when used for watersports. This is due to the fact that stainless steel is susceptible to corrosion from chloride solutions found in saline environments such as seawater. 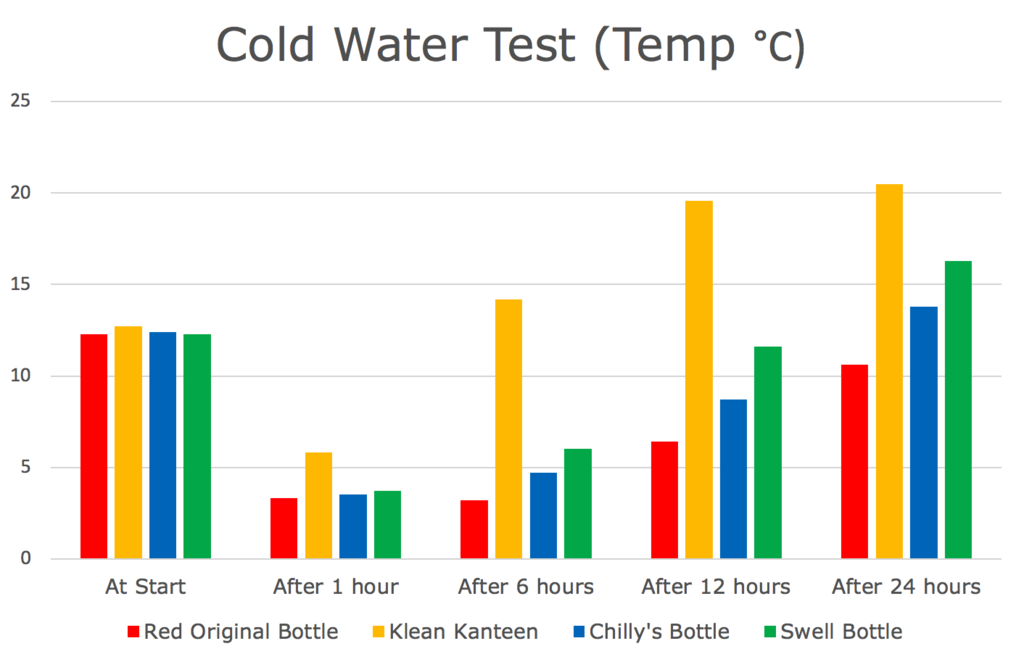 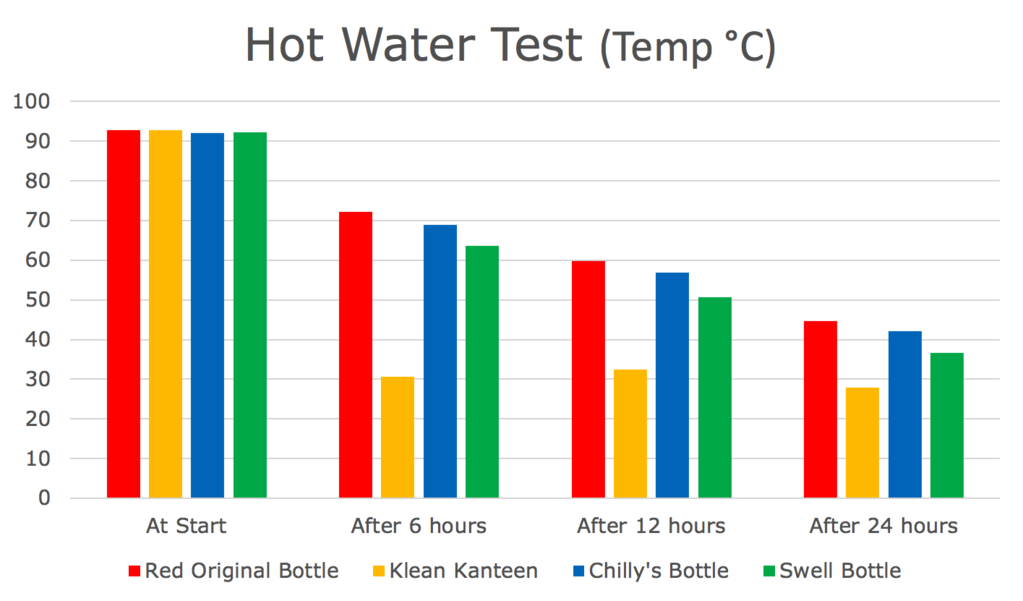 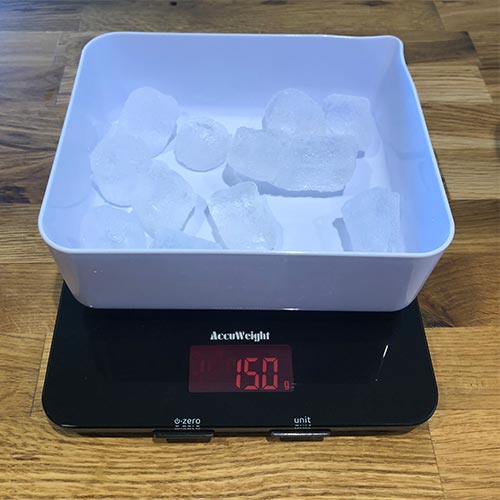 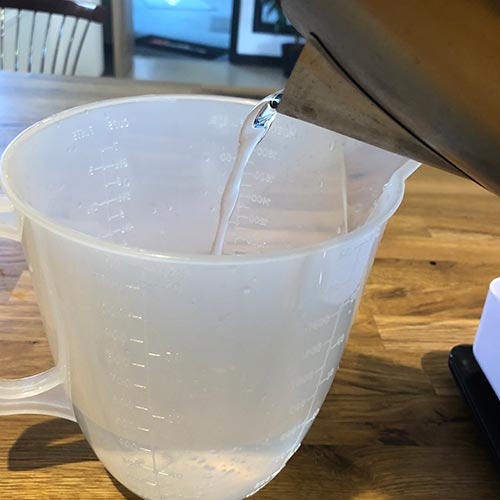 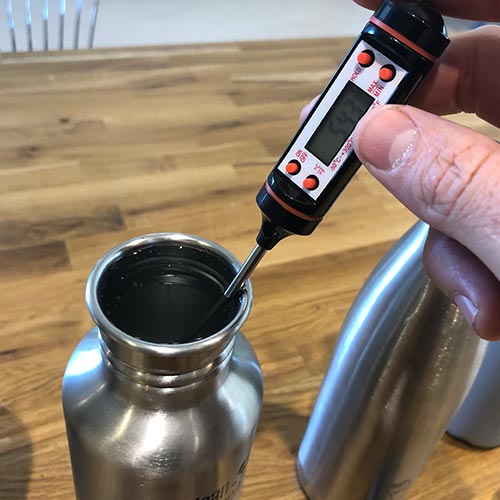 As with everything in the Red Original range we didn't set out to design something that was already on the market, instead, we ripped up the rule book and started from scratch. We designed a water bottle using grade 316 stainless steel which has superior corrosion resistance to other chromium-nickel steels when exposed to chemical corrosives such as seawater and brine solutions. During testing, we also found that the steel offered better insulating properties compared to standard 304-grade steel, or food-grade stainless steel as it is also known.

Another key decision during the design process was to opt for a double-walled construction, as opposed to single, due to multiple advantages. Not only is the temperature of contents maintained for longer, but this temperature is not transferred to the outside wall. In the case of hot contents this enables the bottle to be carried – with single wall bottles hot liquids can make it too hot to touch – whilst if the contents is cold, condensation doesn’t form on the outside.

Putting the Red Original Insulated Water Bottle to the Test

So how does our insulated water bottle compare to other water bottles on the market? To test this, we put it up against some of its competitors in both cold and hot water tests:

1. Weighed out 20 grams of ice per 100ml of volume for each bottle (150g for our 750ml bottle and 100g of ice for a 500ml bottle) and topped up each with cold tap water. We let the water run for 20 seconds each time to ensure the temperature for each bottle was the same.

2. Recorded the temperature of the water in each of the bottles before sealing

4. The bottles were all kept inside one of our cool bags to regulate the atmospheric temperature changes as much as possible.

As the chart shows, our Red Original bottle, with the thermos cap fitted, performed consistently better than its rivals throughout the test. Unlike the competitors, the water in the Red Original bottle actually decreased during the first 6 hours of the test as the combination of the ice and the insulating properties of the bottle took effect. Over the subsequent 24 hours, the temperature of the water in the Red Original Bottle did eventually rise but by significantly less than its rivals and was still 2 degrees lower than at the start. And whilst no ice was left in any of the bottles after 24 hours, the temperature change over the test period was markedly different between the bottles. Overall, the water in the Red Original bottle fitted with the thermos cap gained a mere 3.1 degrees over 12 hours (67% better than it’s closest rival) compared to increases of up to 13.8 degrees with competitors.

1. Filled each bottle to the top with freshly boiled water

2. Recorded the temperature of the contents of each bottle.

3. Recorded the temperature again after 6hrs, 12hrs and 24hrs.

The Red Original bottle fitted with the thermos cap was the standout winner of the test. Even after 12 hours, the contents of the bottle was still very hot and drinkable at 59.7 degrees whilst the contents of the rivals had cooled by a further 2 degrees at least. This is compared against 500ml bottles which have a smaller surface area to lose heat by proving that the insulating properties of the Red Original bottle to be superior.

What Our Customers Love About The Red Original Water Bottle

As well as the superior anti-corrosion properties and longevity of temperature control there are other elements that has meant our water bottle has quickly become a firm favourite:

• A large 750ml capacity provides ample hydration and fewer refills. It also means it’s big enough to keep a bottle of your favourite wine chilled when the occasion calls for it.

• Designed to custom fit into your deck bag

• Both a sports and canteen cap included as standard.

The Results Are in

Since launching our water bottle we’ve had nothing but great feedback and the results from our tests seem to confirm that we have achieved what we set out to do - design a market-leading water bottle! The combination of marine grade stainless steel and double-wall insulation means that whether you want to keep contents hot or cold, there really is the only choice on the market – The Red Original Insulated water bottle.