Sea kayaking is a popular, low-impact watersport that helps to improve aerobic fitness and increase muscle strength. However, there are inherent dangers in all activities that take place on or in the sea, which is why it’s important to know and follow some basic safety precautions. Some of the following sea kayak safety tips might cover things you won’t have thought about or considered before, while others may seem obvious but still need to be said. Regardless, all are worth following if you intend to stay safe while sea kayaking. 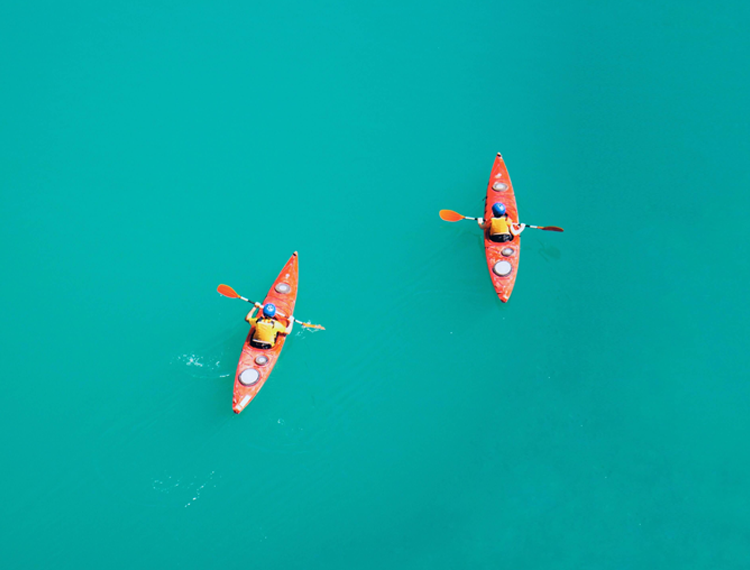 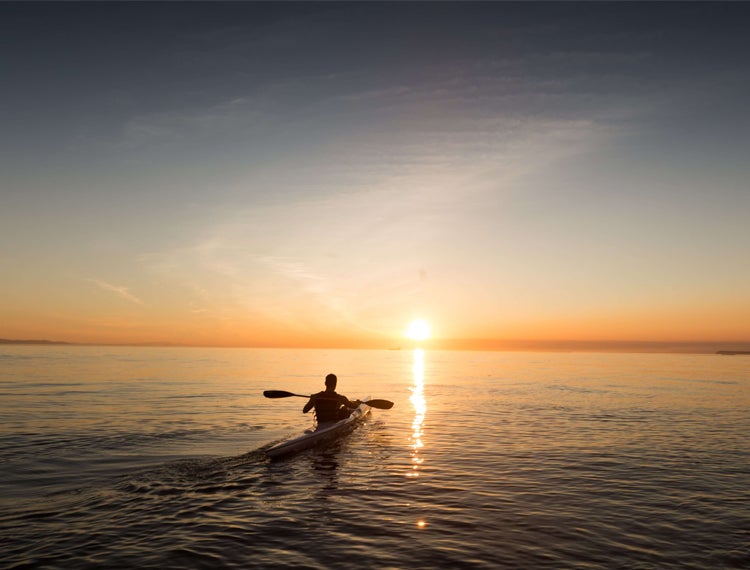 It’s important to remember that even with safety precautions in place, things can still go wrong. Having said that, knowing what to look out for, what equipment to bring, and what to do should things go wrong will make the likelihood of more serious accidents far less likely. Below are 5 simple yet effective things that absolutely anybody can do to ensure they remain safe while kayaking at sea, and the first (possibly most important) point is:

Remain Alert & Aware Of Other People

While fitness is always a factor, most people you see kayaking in the sea are doing it because it is incredibly fun. So much fun, in fact, that it’s easy to get caught up in it and lose sense of what is going on around you. While at sea, there are countless hazards that you need to be aware of and avoid; including wildlife, rock formations, rip tides, speed boats swimmers, surfers, and so on.

Retaining a keen sense of awareness is the best way to avoid trouble and stay safe while kayaking, as noticing a hazard early allows you to to deal with it before it even becomes a problem. Be especially aware of those taking part in other watersports, as accidents don’t have to be caused by you for you to be involved in one. For instance, motorboats will generally give way to and manoeuvre around sailboats and other non-powered vessels, but just because they should doesn’t mean they will. If you see anybody on the water behaving in an unsafe manner, do everything you can to give them a wide berth. 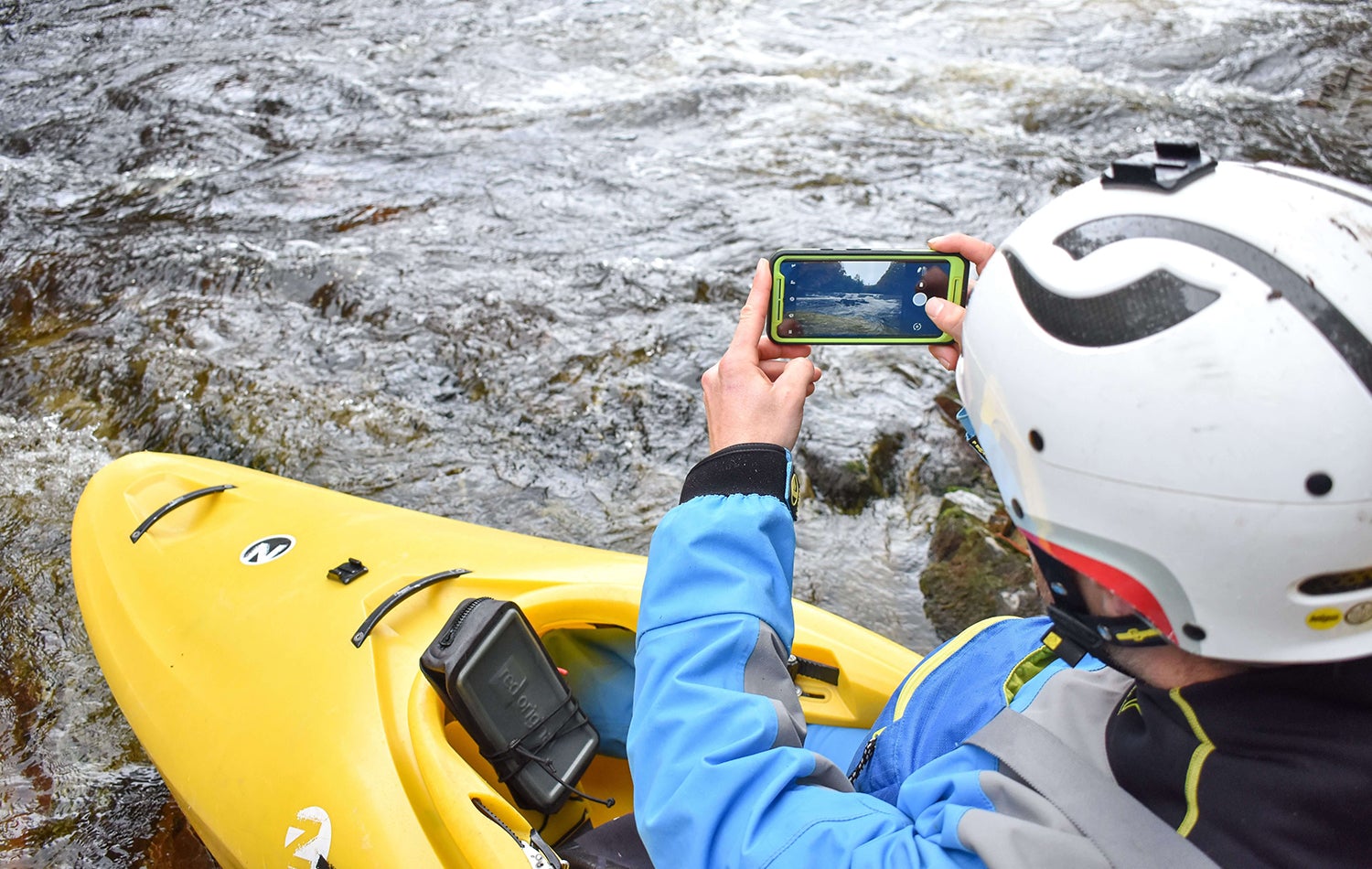 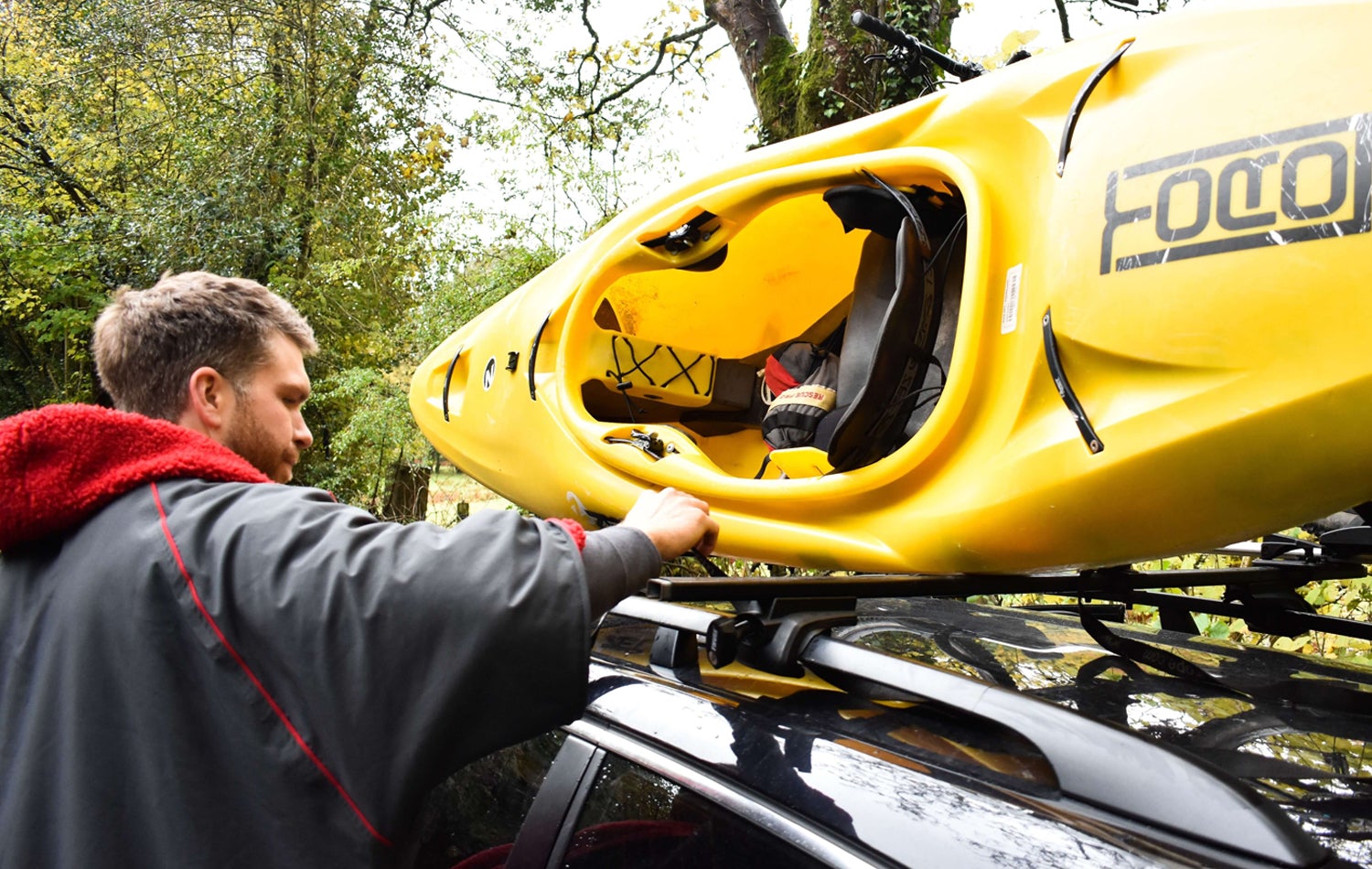 Avoid Alcohol Before & During

Taking part in any sport while drunk is dangerous, but being drunk during watersports is especially so. In fact, alcohol is involved in up to 70% of teen and adult deaths that take place during watersports and recreation. This is because, in addition to affecting your awareness, being drunk makes you more likely to take risks you usually wouldn’t and affects your ability to make well-reasoned decisions. This means that those under the influence are more likely to endanger themselves and others.

What’s more, alcohol is a diuretic and drinking before going out on the water dramatically increases the risk of dehydration. This is especially dangerous when kayaking on hot, sunny days, as dehydration can make you feel nauseous, dizzy, and even faint.

Anybody who’s even thinking about going sea kayaking should be aware of rip tides and know how to identify them. Riptides are strong currents that, if you’re not careful, can quickly pull you away from shore and out to sea. Unfortunately, rip tides are not always easy to spot but if you know the signs and remain aware, you might be able to identify them. Also known as ‘Rip Currents’ or ‘Undercurrents’, signs of a riptide include darker coloured water, smaller waves next to broken waves, and an almost orderly queue of debris leading out to sea.

If you happen to find yourself caught in a riptide, don’t worry. If you remain calm and do the following, you should be safe. Firstly, do your best to get the attention of whoever you have gone kayaking with or anyone else nearby. Alert them to the riptide and hopefully, they’ll be able to render assistance. If you’re unable to get help, it’s possible to escape a riptide by positioning your kayak horizontal to it and paddling across it. Riptides are rarely more than 30 metres wide so you should be able to get clear of it before you’re pulled too far away from the shore.

Investing in kayak safety equipment is one of the most effective ways of ensuring your safety. Sponsors, inflatable flotation devices that attach to the side of a kayak, are a popular safety tool as they reduce the risk of capsizing. Most sea kayaks also come with integrated bulkheads that trap air at the bow and stern, allowing them to remain afloat even if they do capsize so that you only have to worry about you.

Whether kayaking at sea or on a river, receiving a head injury is always a possibility when a kayak capsizes and you’re forced out of it. Kayak helmets are literal life-savers, as head injuries can leave you feeling disorientated, nauseous and faint (a deadly combination whether on land or at sea). Kayak PFD Airbelts (Personal Floatation Devices) are also handy to have, as they not only help you stay afloat but are compact, discreet, and can be reused over and over again. 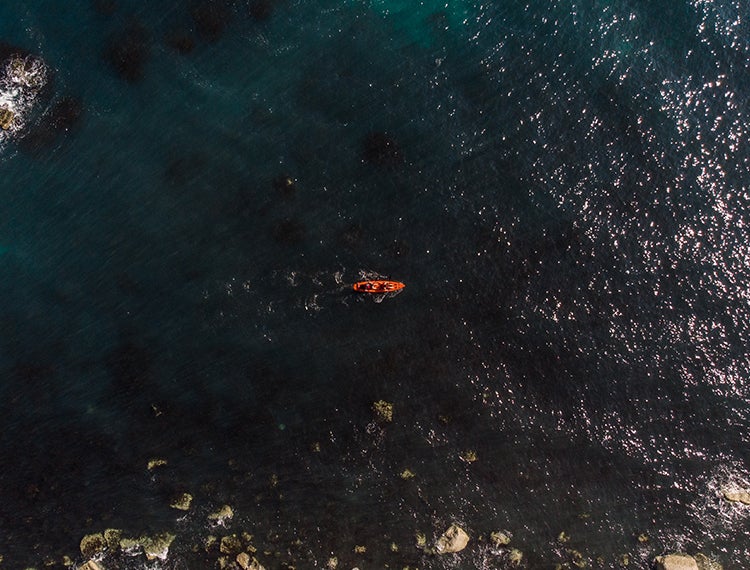 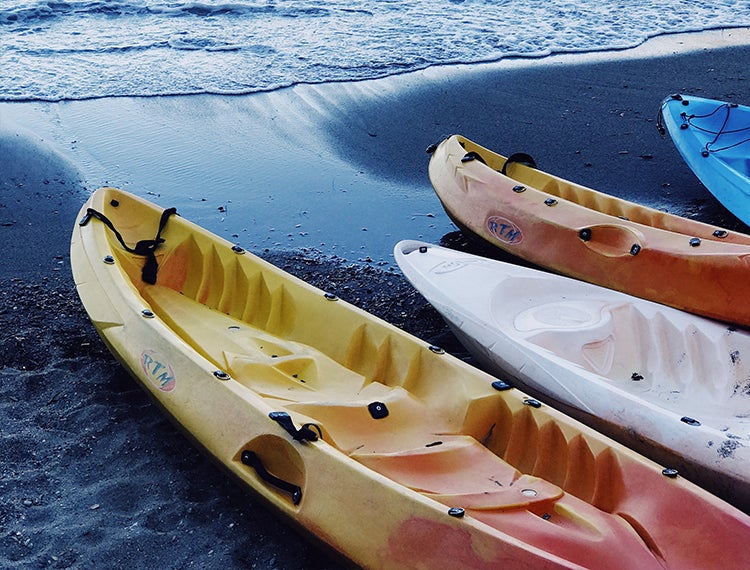 Get Your Bearings Before You Begin

If you’re kayaking in an unfamiliar location, it’s a good idea to pinpoint several landmarks before you get out on the water. Identifying just one landmark will help, but picking out 3 distinct buildings, fixtures or geographical entities will allow you orientate yourself effectively and prevent you from getting lost. If possible, get a good look at your chosen landmarks and take note of some truly distinctive features that can be seen from most if not every angle. After all, once you’re out on the water, what starts off on your left could easily end up on your right and vice versa.

Learning To Sail: How Do I Get Started?

Thinking about learning to sail? From training courses to equipment, here's everything you need to know about taking up this fantastic sport.

Find an extra special present for the loved ones in your life this Christmas with our top 10 luxury gifts for outdoorsy people. Discover them here.

Find the perfect gift for the active person in your life without spending a fortune, with our top 10 gifts under 25 pounds from the Red collection.